Recently Samsung Announced new details for their upcoming Samsung Galaxy Z Fold 2. The pre-order start from today and will start shipping from 18th September. The price of this phone is $1,999.99. There are 2 other sites where you can pre-order Samsung Galaxy Z Fold 2 besides Samsung’s official website. Three official carriers for this phone are : Verizon, AT&T, and T-Mobile.

Samsung Galaxy Z Fold 2 is the updated new version of Samsung galaxy fold. Last year Samsung launched Samsung galaxy fold but they have lots of problem with hinge and with their screen. But Samsung now clamming that we fixed all the problem related to hinge and screen. Samsung update their hinge mechanism for Galaxy Z Fold 2 even its hinge is more complex than Samsung Galaxy Fold.

Samsung add new and bigger display in Galaxy Z Fold 2 when you see phone from closeup you will see phone is bigger than galaxy old fold. This new display called as “cover display” and talking about its size 6.2 inches which is nearly size of entire phone. the pixel dimensions is impressive in Galaxy Z Fold 2 you will see 2260 x 816 resolution but we have to wait to see how much they are usable for us.

There are also some warnings coming from Samsung with buying this phone that’s why they are offering $149 insurance on it.

Now let’s talk about display improvements Samsung had made. The Samsung’s 7.6-inch display not have huge notched cutout for cameras that is replaced by single small hole punch selfie camera and it also have impressive refresh rate of 120Hz With this they have solved the “jelly scroll,” problem that they had in previous phone and in Galaxy Z Fold 2 on screen have slower refresh rate than other.

After the Galaxy Z Fold 2 screen, Now let’s talk about the most important thing in Galaxy Z Fold 2 the hinge. Samsung has been working really hard on improving the hinge in their new phone. The new hinges are quite powerful than the previous galaxy fold. Samsung is also added new elastic “sweeper” brushes they also work like vacuum cleaners to keep dust molecule out from hinge mechanism and Samsung’s also saying this hinge mechanism also Provide strength and stability for their display.

After talking about Display and Hinges now lets talk about device specification this is a flagship phone of the Samsung which is powered by android 10. You will see Snapdragon 865 Plus processor in it. The phone has a 4,500mAh battery and fast charging support also. They also have reverse charging and wireless charging, It is a 5G smartphone.They also have Fingerprint sensor, mounted on the side.

Now, let’s talk about the camera of Samsung’s Galaxy Z Fold 2. This smartphone note have much better camera than Galaxy S20 or Galaxy Note 20 but they give you wide, ultra-wide, and telephoto all are 12-Megapixel and talking about front you will get 2 selfie camera each is 10 megapixels.They are available in two colors bronze and black.

The Price of this smartphone is $1,999.99 but in India, it will cost you around ₹ 149,990. Galaxy Z Fold 2 has the same price s the last Galaxy Fold. But now Samsung is working hard to improve its folding phones and this smartphone is a“luxury,” smartphone and I think it is not suitable for everyone because it is very expensive and they need care. 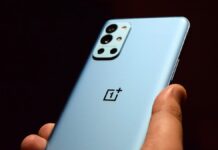 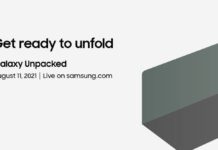 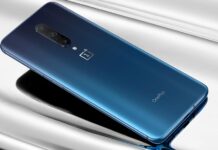 Fluid AMOLED vs Super AMOLED Which one is better?